Dominica is one of the most beautiful countries in the world.

Nicknamed the “Nature Isle of the Caribbean” for its unspoiled natural beauty, Dominica was the last of the Caribbean islands to be colonized by Europeans due chiefly to the fierce resistance of the native Caribs. France ceded possession of Dominica to Great Britain in 1763, which colonized the island in 1805. Dominica became an independent nation in 1978.

Dominica is the youngest island in the Lesser Antilles, still being formed by geothermal-volcanic activity, as evidenced by the world’s second-largest hot spring, Boiling Lake. The island features lush mountainous rain forests, home of many rare plant, animal, and bird species. The Sisserou Parrot (also known as the Imperial Amazon)is Dominica’s national bird and is featured on the national flag.

Some 3,000 Carib Indians still living on Dominica are the only pre-Columbian population remaining in the eastern Caribbean.

Things to Do and See

Dominica's natural attributes make it the perfect place for birding, from the lush tropical forests in the rugged interior, sloping downward to scrubland, before dropping off into coastal cliffs, wetlands and the seashore. Approximately 180 species of birds have been recorded on Dominica, of which about 65 species breed on the island, and the remaining 2/3 are migratory species. Birding can be enjoyed throughout the year in Dominica. The peak in breeding for most species is between March and August.

The Morne Trois Pitons National Park is home to the Boiling Lake: a steaming basin of bubbling, gray-green water found at an altitude of 762m (2,500ft). Only reachable by foot, it is highly recommended that anyone undertaking the 7-mile journey from Laudat is accompanied by a guide.

On the Cabrits Peninsula find the fine ruins of Fort Shirley and Fort George, which date back to the 18th century. There’s a small museum near the entrance, which features collections of artefacts discovered on the site, and various jungle trails nearby.

Home to the last remaining Carib Indian indigenous community in the Caribbean, the Carib Territory offers a rare glimpse into the lives of Dominica’s original inhabitants. Renowned for their canoe-building skills, the Caribs’ long, pointed vessels are hewn from the trunk of a gommier tree and lucky visitors may be able to witness craftsman at work using age-old carving techniques.

You don’t have to travel far to find a good beach in Dominica. For the archetypal Caribbean experience head to the north, where gentle waves lap onto white, sandy shores. Once a hangout for pirates, Pointe Baptiste is a gateway to one of the island’s best black beaches, which offers a pleasant change. If for some reason you don’t like feeling the sand between your toes, head to the rocky shores of Castle Bruce Beach.

Carnival, or 'The Real Mas', is a pre-Lenten festival, and usually falls in February or March each year. It is unquestionably the most festive season in Dominica. It is hard to miss the fervor of the people's loyalty to their favorite calypsonian or pageant during the preceding months of the Calypso Final and the National Queen Show. For more information visit www.dominicafestivals.com

Waters appear green in the leafy light of Emerald Pool, which is one of the most tranquil spots in Morne Trois Pitons National Park. The cool waters of this pool come from a gentle waterfall, which provides an invigorating shower for bathers.

Freediving off the coast of Dominica is unlike anywhere in the region. With our steep drop-offs and deep walls, you never have to go far to find spectacular drops suitable for freediving. Within 300ft/100m from shore you can be swimming over a drop-off of over 1500ft/500m.Along the entire West coast you will find plenty of deep water, shallow shelves with deep drop-offs, and sloping reefs. As with all coastlines there are some areas that are exposed to strong currents, and other areas that are well protected from currents. Any free divers should check with local users of the marine environment to ensure a safe experience.

Stretch your legs amid the lush greenery, towering trees and exotic foliage in Morne Trois Pitons National Park. With its steep slopes and deep valleys, visitors can stumble upon hot springs, freshwater lakes and five volcanoes. The park presents a heady mix of natural features, which earned it a place on UNESCO’s list of World Heritage Sites.

The cobblestone Old Market in Roseau was once a slave auction, public meeting, and punishment area. It has now been converted to a craft and souvenir plaza with vendors of tropical fruits, handicrafts, and local essential oils and spices. This historical area is a very short walk from the Cruise Ship Terminal.

With its great hospitality and awesome sea views, Roseau, Dominica’s capital city, is a good place for walking, sightseeing, shopping and leisure glazing away time. The downtown city hub is lively area with colorful streets, banks, business services and a multitude shops  and markets, bars, restaurants and the beautiful Botanical Gardens.

Four of the seven species of sea turtles visit Dominica’s shores – Loggerheads, Hawksbills, Green Sea Turtles, and the huge Leatherbacks. Visit Rosalie Beach between March and October and you just may catch a glimpse of one of the most fascinating rituals in the animal kingdom. After mating in the waters, the female sea turtle will come ashore to dig her nest, lay her eggs and smooth them over with sand to avoid detection. Great care must be taken to keep lights away from these areas. They can scare the female turtles and disorient the hatchlings.

If Dominica’s balmy climate isn’t hot enough for you, take a dip in these sultry springs. Locals believe the water here has healing properties and some Dominicans even sip small amounts of it to cleanse themselves. We don’t recommend that, but we do recommend a dip in the springs, which leave bathers feeling revitalized.

The warm waters of Dominica are picture-perfect for scuba diving and snorkeling, especially at Soufrière, where spectacular volcanic cliffs overlook the sea. Visibility is excellent with some of the best, lesser-known snorkeling spots reached by kayaking along the coast.

Dominica’s most popular waterfall is incredibly beautiful and many flock to see it cascade down the rocks. After heavy rains, the falls are very powerful and the rocks are dangerously slippery, so take care if you do decide to take a dip.

Add some pure adrenaline to your Dominican vacation when you book the Wacky Roller Adventure Park! Travel from tree to tree in your harness via the suspended platforms in the Dominican rainforest! Take the challenge and be rewarded with a refreshing drink served at the riverside bar. Only in Dominica will you experience something as fun and action packed as this. The Wacky Rollers Adventure Park is a survivor-like challenger course set in the natural rainforest in Dominica. www.wackyrollers.com

The waters surrounding Dominica are brimming with marine life, especially cetaceans. Sperm whales, pilot whales and pygmy whales swim around the coast, as do Atlantic and spotted dolphins. Dominica is the only country in the world where the sperm whale stays all year long, although sightings are most common between November and March.

For more information on “Things to See and Do in Dominica” visit these great sites:

DOMINICA RESTAURANTS You can expect an abundance of vegetables, fruits, and root crops to appear…

Dominica is one of the most beautiful countries in the world. Nicknamed the “Nature Isle… 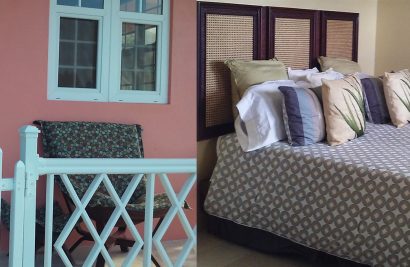